How to Fix iPod Stuck in Boot Loop [Best Solutions] 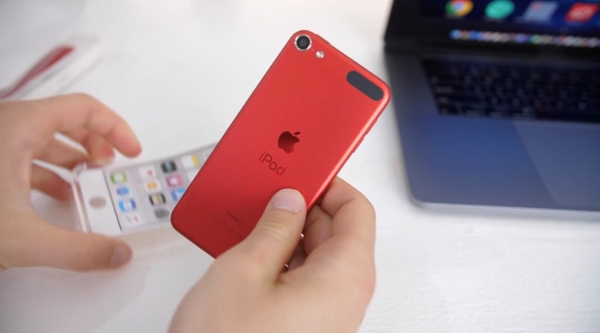 iPhone users occasionally encounter stuck in boot loop after an iOS update. Likewise, the iPod may also get stuck in boot loop following an iOS update. You won't be able to access your iOS device when confronted with this error. Dealing with this problem can be discouraging when you don't have any ideas. I discussed all the tips that helped below.

Part 1. Why does my iPod keep rebooting?

No matter if your iPod classic, iPod touch 1, 5th gen iPod touch, or other models are stuck in boot loop, you might need to give a fresh restart to your device. The content on your device will not be erased by a force restart. 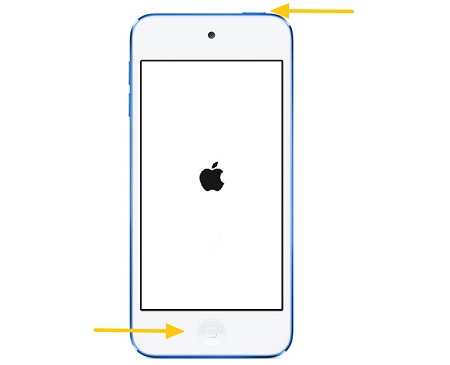 Step 1.
If you are using 1st-through 6th-Gen,
· Simultaneously press the Home button on the front of the iPod touch and the Sleep/Wake button that on the top.
If you are using 7th Gen,
· Simultaneously press and hold the Volume Down and the Sleep/Wake button.
Step 2. Release the buttons until the Apple logo is displayed on the screen.
Step 3. At this point, the hard reset begins. Wait for a few seconds for your device to restart.

For iPod nano 7th generation,
· Press the Sleep/Wake and the Home button until the screen turns off. Wait a few seconds, your device will restart.


For iPod nano 6th generation,
· Holding the Sleep/Wake and the Volume Down button until the Apple logo shows.


For iPod nano 5th generation or earlier,
· Put the Hold switch in the unlock position. Then hold the Menu and Center (or Select) buttons for several seconds until the Apple logo appears.

Step 1. Put the Hold switch in the unlocked position.
Step 2. Hold the Menu and Center (or Select) buttons until you see the Apple logo.

Occasionally, this method doesn't work. So, a question that arises in the mind of the users is "What should I do if iPod stuck in boot loop, hard reset doesn't work?" Read on to find the other troubleshooting methods to help you fix this problem.

By restoring the iOS system with iTunes, you can also fix your iPod's boot loop problem. You should have a backup of your data before using iTunes since its solution leads to data loss.

Step 1. Open iTunes on your computer.
Step 2. Plug iPod to computer and wait for the iTunes recognize.
Step 3. When iTunes fails to recognize your iPod, you may need to force it into recovery mode. To do that, keep pressing the Home button.
Step 4. You can restore the device using an iTunes backup you have previously created. 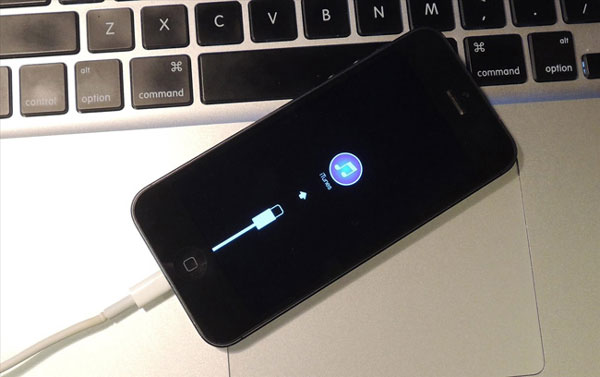 If your iPod has been used for many use, changing a new battery should be a feasible way to fix this iPod stuck in boot loop problem. A battery with low battery health will cause lots of software problems on an iPod like running lag, crashing, and won't turn on. You can bring your iPod touch to an Apple Store and they will help you make it.

The great thing about repairing iDevice is that get it done once and for all. It still helps you with any other troubles. A professional iOS System Recovery program is necessary to fix such a task. TunesKit iOS System Recovery will be the one that will help us in repairing iOS system problems. It works like a miracle, and you will be astonished at the blaze your troublesome issue gets fixed on your device. You will be happy to use this software to resolve the problem from iPhone/iPad/iPod touch/Apple TV. This impressive toolkit — TunesKit iOS System Recovery will not only help in iPod stuck in boot loop, but fix certain other iOS problems, like a white screen issue, stuck on Apple logo, recovery mode.

Follow these steps so you can use this program quickly and correctly.

Firstly, you need to connect your iPod device to your computer, then download and install the TunesKit iOS System Recovery, then launch it. Click the "Start" button to being to get your iPhone out of boot loop.

Simply click on "Standard Mode" in the main window. It fixes the iOS problems without any data loss.

The program will detect your iPod automatically and show its information, please check and confirm it. Then click the "Download" button to start downloading the firmware.

When the firmware downloading process is completed, the program will repair your device within a few minutes, keep connecting your iPod to the computer during the repair.

Most iPod stuck in boot loop problems are tiny and are easily fixed. Also, most of the time, rebooting your device will solve your problem. But sometimes it's a much serious problem that you'll need to ask for an expert for help. TunesKit iOS System Recovery — with a wealth of features and easy to operate, why not give it a try?