7 Best Ways to Fix YouTube Not Working on iPhone/iPad 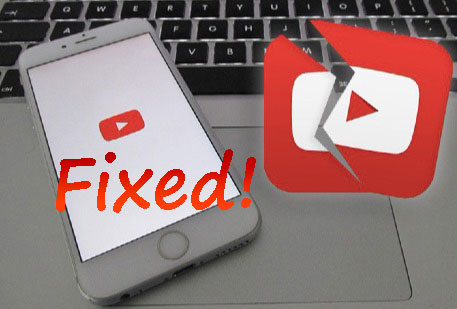 No matter you use the latest iOS 14 or older iOS 13 version on your iPhone or iPad, you might have encountered this bug: YouTube doesn't work when opening it. This is a primary problem among various app not working issues. Why does this matter happen from time to time? The reasons could be attributed to iOS system errors, app glitches and the like. Whatever the specific cause, you could try out the top 7 solutions presented below to solve YouTube not working on iPhone/iPad, if you are meeting with this trouble or come across it, in case, in the future.

Everyone would like to work out a problem through a one-stop solution. Well, TunesKit iOS System Repair software is perceived as the panacea for over 50 kinds of iOS issues including the YouTube crashing on iOS 14/13. Besides, the most attractive feature of this third-party tool is that it won't cause any data loss on your iOS devices while getting issues fixed. To fix YouTube not working on your iPhone/iPad with this powerful program, only three simple steps are required.

Step 1: Launch TunesKit iOS System Recovery and connect your iPhone to the computer through a USB cable. Then tap on the "Start" button and select the "Standard mode".

Step 2: Check the device model, iOS version and other related information. After confirming the information is right, click "Download" button to let the program download and verify the firmware package matched with your device.

Step 3: When the firmware package download is completed, hit the "Repair" button to fix the iOS system. after the process is finished, the YouTube will work again.

When the YouTube app becomes crashing on your iPhone/iPad, you may have to do something with the app itself. The first thing you could do about the YouTube app is to force quit it and re-launch it. You just start from the Home screen of iOS devices, double press the Home button or swipe up from the bottom to launch the control center, then find YouTube and swipe it up off the top interface, finally open YouTube app again to see if it can be used normally. 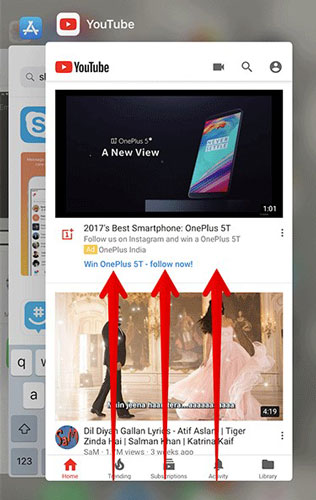 The second point you can correct on the YouTube app is to check its update on your iPhone or iPad. Because an outdated app version sometimes fails to work when launching it. To update YouTube, merely go to App Store of iPhone/iPad, then tap on the Update option at the bottom of screen, lastly update the app to the latest version if an update is available. 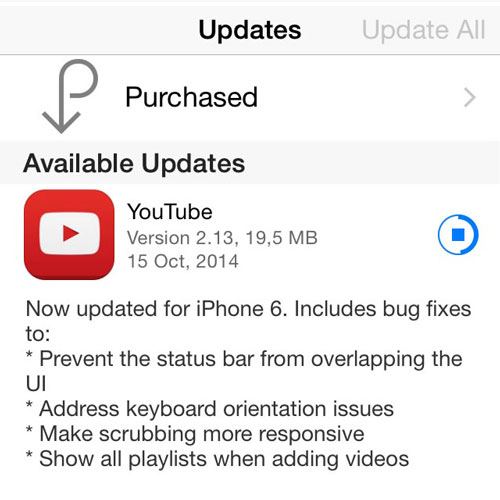 The third thing you could do when the YouTube app crashing on iOS 14/13 is to uninstall and reinstall it. This method is able to temporarily remove some unknown errors. To do that, please long press the YouTube app icon on the iOS devices until the cross icon appears, next click the cross to delete the app, after that open App Store and search YouTube to download it. 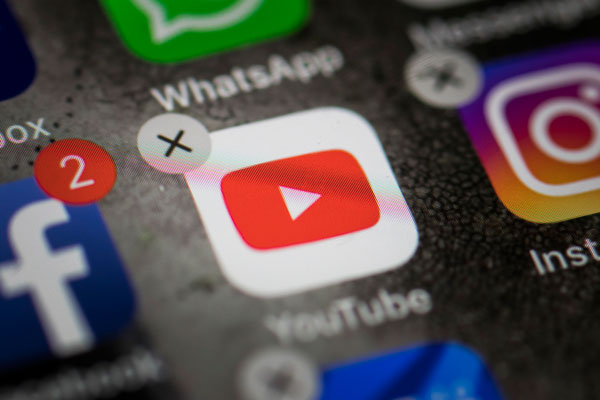 If it is not the matter of YouTube app, then it could be the iPhone/iPad going wrong. To fix it, try to force restart the iOS devices.

For iPhone X/11, press down the Side and the Volume buttons until the Slider appears, then drag on the slider to close the iPhone, finally hold the Side button to open your device.

For iPhone SE (1st) / 5 and former, press down the Top until the Slider appears, then drag on the slider to turn off the iPhone, finally hold the top button to turn on your device.

For iPad with Home button, simultaneously press down the Home and Power buttons until the Apple logo is displayed on the interface.

For other iPad versions, quickly hold and release volume up and down buttons respectively, then press the top button until the Apple logo is shown on the screen.

There are also other fixes to YouTube not working on iPhone/iPad, for instance, using iTunes to restore your device. Just to remind you, this way will erase all data on your iPhone/iPad. If you don't mind or have already backed them up, then please follow the steps here.

Step 1: Launch iTunes and hook up your iPhone/iPad to a PC.

Step 2: Click the iPhone/iPad icon when the device is presented on the iTunes.

Step 3: Tap "Restore iPhone" button under the column of Summary.

Lastly, if you don't want to settle the YouTube crashing on iPhone/iPad by yourself, then you can go to the nearby Apple store or dial the Apple center to seek help.

The top 7 ways are listed above to fix YouTube crashing on iOS 14/13 or YouTube not working on iPhone/iPad. All of them are proved to be effective before introducing to you. If you have some opinions, do inform us by commenting below or contacting us.