"Suddenly, my old iPhone 6s backlight not working after screen replacement. And I cannot use it as well as normal now. Can anyone help me with this? All the suggestions would be greatly appreciated." 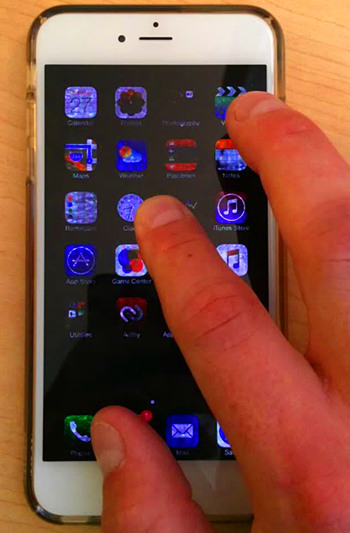 Quite a few users have reported to us the problem of iPhone backlight not working after accidentally dropping the device. Some even reflected a similar situation on the normal working iPhone, although it sounds rather absurd, this does not mean that such a situation does not exist. It is really annoying that the backlight goes black or shows the fuzzy display when we are using it. In this post, we will talk about how to fix this problem at ease based on different situations - hardware issue and software issue respectively.

1. Cause of iPhone Backlight Not Working

Troubleshooting at first can help you determine the direct cause of the issue. If you find the problem shortly after your iPhone was hit or dropped, then it may purely be a hardware problem that can be fixed. That is to say, you need to manually fix the backlight to solve the issue caused by some form of breakage. However, your iPhone backlight is also likely to stop working without any hardware damage. Although this is relatively rare, it does happen. And usually you need to deal with the software problem at this time.

Because working at a higher voltage, the backlight of iPhone is much more fragile than you can imagine. Not only dropped or hit but a screen replacement or backlight diode burned up would cause this iPhone backlight not working issue due to the incompatibility. Besides, the aging problem will also lead your iPhone to this situation. If your iPhone backlight is not displaying, try to connect it to a computer to see if the computer can recognize it. If the backlight has been damaged, try the solution in this post or hire the Apple Support service.

If there is nothing wrong with the hardware of your iPhone, that would be a fortunate situation. Your iPhone may run into bugs that make the backlight not work or display fuzzy. Sometimes, wrong settings of iPhone, outdated iOS versions or apps that have bad compatibility with iPhone can be in consideration in this case.

Wondering how to fix the problem without too much effort? Just read on this post to learn how to do.

The very first time you found out that your iPhone backlight not working, you might think that this is due to problem caused by the system software. By taking advantage of a professional iOS system repair tool called TunesKit iOS System Recovery, you can easily repair almost all common issues on your iOS devices easily, whether it is stuck in recovery mode or DFU mode problem, update issues, black screen of death or others. Besides, there's no need to worry about the data loss problem while doing the fixes to your iPhone, iPad or iPod touch as the software will repair those iOS issues without changing or leaking any of your personal info on the device.

In order to fix the backlight problem of your device, you need to download the program for Windows or Mac according to the system running on your computer. Then simply follow the step-by-step guide below to get your iOS system back to normal state easily.

Video Guide: How to Fix iPhone Backlight Not Working

Note: You can also quickly put your iPhone into the Recovery Mode with one click on the main interface of the program.

Tap on the Download option if the device info is totally right. Correct it otherwise. Then the program will start downloading and verifying the latest iOS firmware package matched to your device.

When it finishes the downloading, just press the Repair button to start the iOS fixing. It takes a while to complete. You need to make sure that your iPhone is connected to the computer during the process to avoid any problems that may occur unexpectedly.

As a matter of fact, sometimes the iPhone backlight not working after replacement or dropped can be related to hardware issue, but fixing the iPhone backlight is extremely sophisticated. Hence, it is advisable to head for the Apple Store to resolve the issue rather than replace it by yourself. But if you are confident to get the problem fixed with your own strength, then you can refer to the steps given below. 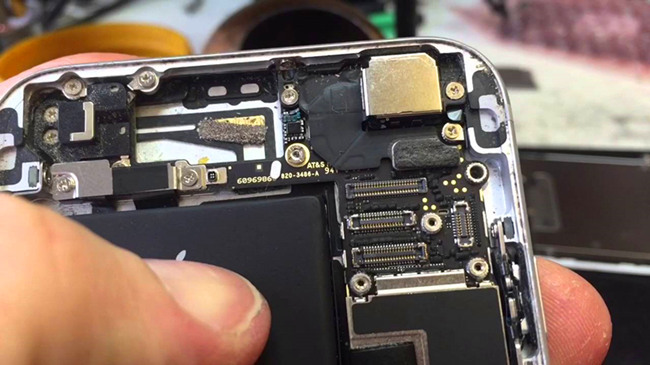 Step 1Remove the back panel

First of all, back up your iPhone and then turn it off before disassembling. Push the back panel of the device and carefully remove it.

After that eject the SIM card from the bracket, and then pry the lower antenna connector off the logic board.

Thereafter, what you have to do is to remove the screws that connect the Wi-Fi antenna to the logic board and then uplift it.

Step 7Remove the buttons and crews

Now it's time to remove the button and the SIM card side screws. After removing all the screws, you are able to lift the top edge of the front panel assembly.

Now you need to remove the display from the screen. The component and the part that cause damage to the backlight problem will be shown clearly.

Tip: Because of the precision of electronic parts in iPhone, repairing the backlight by yourself may backfire. It would be a better choice to ask help from experts in fixing the iPhone backlight, though it may cost you $25 or more. You just need to send your iPhone to those who can fix it and get it back within several days. Also, you can contact Apple Support to get this issue done. Apple Support is much more expensive but serves you better.

Next time, if your iPhone is unfortunately to be in a state of iPhone backlight not working, try to repair it with a professional and efficient iOS system repair tool first. With TunesKit iOS System Recovery, you can easily fix the issue of backlight on iPhone not working as well since the program fully supports almost all models of iPhone, iPad and iPod touch even those running the latest iOS 15. So just download the software and give it a try now.