You probably won't be willing to get involved in these scenarios: your phone gets stuck while negotiating with your client; your phone suddenly has a blackout during updating, or you forget your passcode accidentally. Any of these situations could put you in dire strait, which then becomes a struggling battle with your intimate iOS friend. Then you will have to find the easiest way to address the problems as soon as possible.

The TunesKit iOS System Recovery is an easy quick tool to help you solve your iOS system glitches. With a straightforward dash board, it will direct you to fix more than 50 iOS problems all the way through from common system failures to passcode resetting.

No matter how your iOS device gets stuck in an operation bug, screen issue, iTunes issue, mode stuck or even passcode loss, you can enter iOS recovery mode by only one click, and start repairing right away. Within 3 easy steps, no expertise needed, your device will recover back to normal just after clicking the "done" button.

Plus, a pre-mounted data loss-free function guarantees all your data in your device will be fully remained under standard mode repairing. 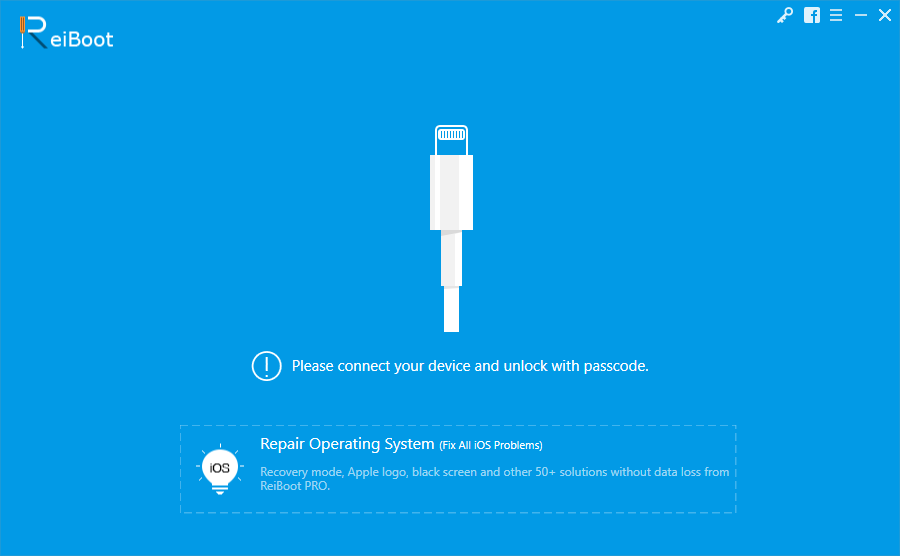 The Tenorshare Reiboot, it claims itself to be the World's No.1 iPhone Recovery Software that offers you a free way to fix iPhone stuck in recovery mode with only 1 click.

So now let's have an in-depth shootout between TunesKit iOS System Recovery and Tenorshare Reiboot.

The Tenorshare Reiboot. It assists to repair 50+ iOS system problems like stuck on Apple logo, screen won't turn on, recovery mode loop, etc. And seemingly it also repairs many tvOS stuck issues on Apple TV, but the description on its application page doesn't clarify whether it can or can't reset your forgotten passcode, which is a bit of a drawback for Tenoshare Reiboot.

Round two, are they data loss-free?

Under the standard mode, the TunesKit iOS System Recovery is totally data loss-free, which is the same as Tenorshare Reiboot. While in advanced mode, or so called "deep repair" in Tenorshare Reiboot, both of them will erase all data on your device. So this round would be a draw for me.

In TunesKit iOS System Recovery, you can easily notice the buttons you have to click on the panel, which only takes you three steps to complete your repairing.

While in Tenorshare Reiboot, you have to unlock your passcode in advance before fixing your device, and the directions on its pages are comparatively unclear. So this time, I'll go for the TunesKit.

TunesKit costs $39.95 for one lifetime license with permanent free support and update.

While with Tenorshare, you can only get 1-year license for $39.95. A single lifetime license will cost you $49.95. Thus, TunesKit can serve you at a reasonably lower price which means TunesKit beats Tenorshare in this round.

Still can't get enough? We've listed a thorough comparison between these two tools.

You can enjoy data loss-free service while repairing your iPhone on standard mode provided by both TunesKit and Tenorshare, but it takes fewer steps when using TunesKit to get your iDevice back to normal, which is pretty time-saving. Last but not least, TunesKit costs 10 dollars less than Tenorshare. So for saving time and money, I'll definitely go for TunesKit iOS System Recovery.

Which one do you think wins this battle? I believe you've already had your own answer.