We all are sometimes attracted by new functions or services provided by the latest version of iOS system or applications. But after we update our iOS devices, like iPad to the latest version, the device may encounter various issues, for instance, getting stuck on the Apple logo screen. Although updating iOS is significantly good for the iPad, yet we are always frustrated when this problem occurs. Well, take it easy, this trouble is fixable and 5 common ways can be used to solve it.

Speaking of the reasons that lead to Apple iPad Pro stays on the Apple logo, 5 situations as presented here may help explaining this issue well. If we could understand the causes of this matter, we can avoid it in the future.

1. System crash results from update failure.
2. The iOS update process was broken off.
3. Software corruption when there is a bug.
4. Hardware problems.
5. Wrong background operations.

Part 2: How to fix iPad stuck on Apple logo

Despite the reasons why your iPad becomes frozen at the Apple logo, the followings are the 5 useful methods to work out this matter.

Employing iOS system recovery tools such as TunesKit iOS System Recovery is the first way, which is also the best way to fix iPad stuck on the Apple logo issue. Why? You'll get the answer from the highlights as below. It is a professional iOS repair tool that is compatible with most iOS versions and iPhone models including the latest iPhone 13 and iOS 15.5.

Launch TunesKit iOS System Recovery for Windows. Then you have to connect your iPad with the computer. After the device has been detected, click "Start" button. Next, select the "Standard Mode". You have to choose which device you've connected. Then follow the instructions and let your device is into DFU mode. After that, click "Next" button.

Check if your device info including the model version, iOS version, etc.is right, correct it if there's anything wrong. If all information is correct, click the "Download" button and the firmware package corresponding to your device will be downloaded. Then verify the package quickly.

When the firmware has been downloaded successfully, you just click the "Repair" button and the program will automatically begin to fix your iPad. Don't disconnect your device until the process is completed. Otherwise, the device might meet other issues.

If you want to try other methods, then you can solve iPad stuck on Apple logo by rebooting the device. Though force restarting iPad also won't take too much time, it will erase all your data. Thus you had better back up your data on iPad before.

For iPad with Home button users, please hold the Home and Power buttons down till the Apple logo shows.

For other iPad models customers, quickly press and release Volume Up and Down buttons respectively, then press the Top button until the Apple logo is displayed on the screen.

Putting your device into recovery mode may also do the trick in dealing with iPad gets stuck on the Apple logo screen. But similar to the second solution, this can also lead to data loss. So you are suggested to have a backup of your iPad data.

Step 1: Launch iTunes.
Step 2: Connect the iPad to the computer. For iPad with Face ID, press the Power and Volume Down buttons till the power off slider is shown. Then switch off the device and hold the Power button until the recovery mode screen appears.
For iPad with a home button, just hold the Power button and turn off the device. Then press the Home button until you see the recovery screen.
Step 3: Hit "Restore" or "Update" appeared in iTunes. 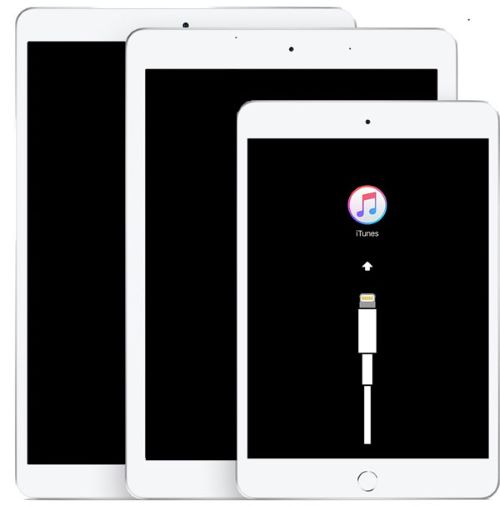 If letting iPad into recovery mode doesn't settle this issue, then you can follow below steps of restoring the device in DFU mode. It is worth noting that using the Recovery mode to recover your iPad will erase all your iPad data and content.

Step 1: Hook up the iPad with the computer, then open iTunes and simultaneously hold the Power and Home buttons.
Step 2: Release the Home button for a few seconds while keep pressing the Power button.
Step 3: Loose the Home button and when the screen becomes black, the iPad entering the DFU mode gets successful.
Step 4: Recover the iPad in iTunes again to see whether the problem still exist.

If you have tried every possible means but your iPad still keeps staying at the Apple logo screen, you had better go to the nearest Apple center, and let the Apple technicians to resolve this problem. 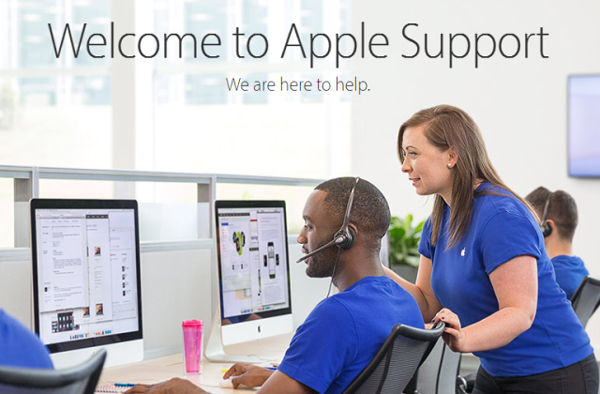 Video Tutorial: How to Fix iPad Stuck on Apple Logo?

In a conclusion, when your iPad meets with Apple logo screen issue, above 5 fixes can help you get out of this iPhone stuck on Apple logo trouble effectively. But if you don't have much time and hope the problem can be solved as soon as possible, then you are highly suggested to send it to the Apple store or try using TunesKit iOS System Recovery.