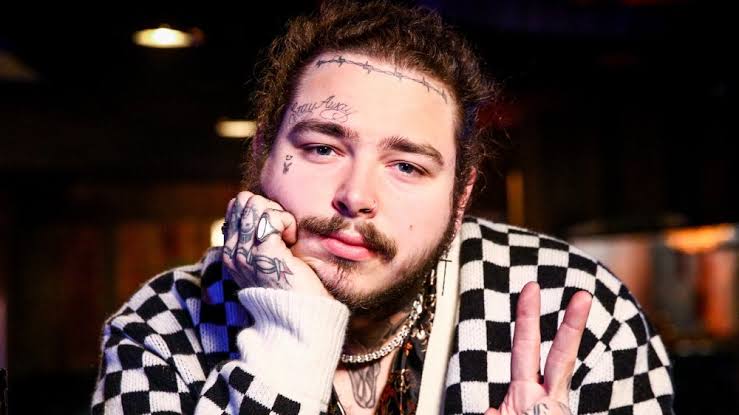 Within five years of his debut, America rapper and singer Post Malone went from genre novelty to certified super star, amassing a string of Top Ten singles with a hybrid style that joined his unique vocal delivery, pained lyrics, and hip-hop production inspired as much by Kanye West as Tim McGraw.

Post Malone's achievements were greatly amplified in this year, and he became a true rock star just as two years ago, he sang, "Man, I feel just like a rock star." This year, he crowns Billboard's year-end Top Artist tally for the first time, capping a blockbuster 2019 for the genre-hopping star.

Three songs from the new album landed Post Malone on three radio airplay charts for the first time each. Among them, Post Malone new song "Circles" is his most pop-learning track which made him achieve his fourth Billboard Hot 100 No.1 and first solo chart topper while the guitar-wailing "Take What You Want" became his first entry on Mainstream Rock and the crooning "Allergic" brought him to Alternative.

His first two albums, Stoney (2016) and Beerbongs & Bentleys (2018) solidified him as a hip-hop staple, and while this year's Hollywood's Bleeding increased his stronghold in those genres, it also expanded his reach. Let's give great insight to his three albums.

Released on September 6, 2019, Hollywood's Bleeding is the third studio album by Post Malone. Hollywood's Bleeding received generally positive reviews and debuted atop the US Billboard 200. It is Malone's second US number-one album. The album was the second-biggest first week sales of 2019 and biggest in streams.

Released on April 27, 2018, Beerbongs & Bentleys is the second studio album by Post Malones. This album received mixed reviews from critics, but performed well commercially, debuting at number one on the US Billboard 200, with 461,000 album-equivalent units, 153,000 of which were in pure sales. It also broke streaming records on Spotify having gained 47.9 million streams in the US in the first day of its release.

Released on December 9, 2016, Stoney is the debut studio album by Post Malones. Stoney, which was trap and cloud trap rap focused, debuted at number six on the Billboard 200 and later peaked at number four. Stoney was a commercial success and featured the hit single "Congratulations.". The album is certified triple platinum by the Recordings Industry Association of America and platinum by the Britain Phonographic Industry.

Spotify's biggest playlist, Today's Top Hits, has been streamed more than 20 billion times, while Post Malone's songs would attribute the third most streamed of all time only after Drake and Ed Sheeran. Just give an ear to top Post Malone songs.

The subscription of Premium plan enables all the Premium users have the right to download their favorite songs from Spotify for listening anywhere but not available for those Free subscribers. However, someone would find that these music files downloaded from Spotify only exist during the subscription of Premium plan. If you want to get the using of Spotify music on any of your devices, you may need a third-party tool like TunesKit Spotify Music Downloader.

With the help of TunesKit, no matter Post Malone Congratulations MP3 download or I Fall Apart Post Malone MP3 download, you can achieve them with just three steps. Of note is that you can download music from Spotify to MP3 or other popular audio formats without Premium subscription and keep Post Malone songs forever.

Step 1. After launching TunesKit Spotify to MP3 Converter on your computer, it will load the Spotify software automatically. Then find Post Malone songs playlist or albums from Spotify and drag them to the main interface of TunesKit. Or you could simply paste the link of Post Malone songs or albums to the search box of TunesKit main screen.

Step 2. When all songs or albums of Post Malone on Spotify is loaded successfully into TunesKit, you can simply click the menu bar and select the "Preferences" option. Then you'll be asked to select the output format for the Spotify music. Besides, you can adjust the audio channel, bit rate, sample rate and others to make the music more personalized.

Step 3. Once the settings are customized according to your own needs, you can begin to download convert Post Malone songs to MP3 or other formats by clicking the "Convert" button at the bottom right. When the conversion is completed, you should click the "Converted" button to locate the folder where you save the track.